Sorry everyone for the lack of updates. A few things have changed in my personal life (nothing bad don't worry) and I haven't been able to post on this website as often as I would've liked to. So let's catch up shall we? A while back in January 2014, I had to upgrade the ignition system of my Sigma to better cope with the high compression 2.6 Astron engine. This included fitting a slightly bigger in diameter distributor, which then meant I had to remove the air conditioner compressor that was in the way. The air-con system needed re-gassing anyway so I thought for now I would remove the parts of the system that fit under the bonnet, but leave the rest of the in-cabin system in the car in case I decide to use it again. 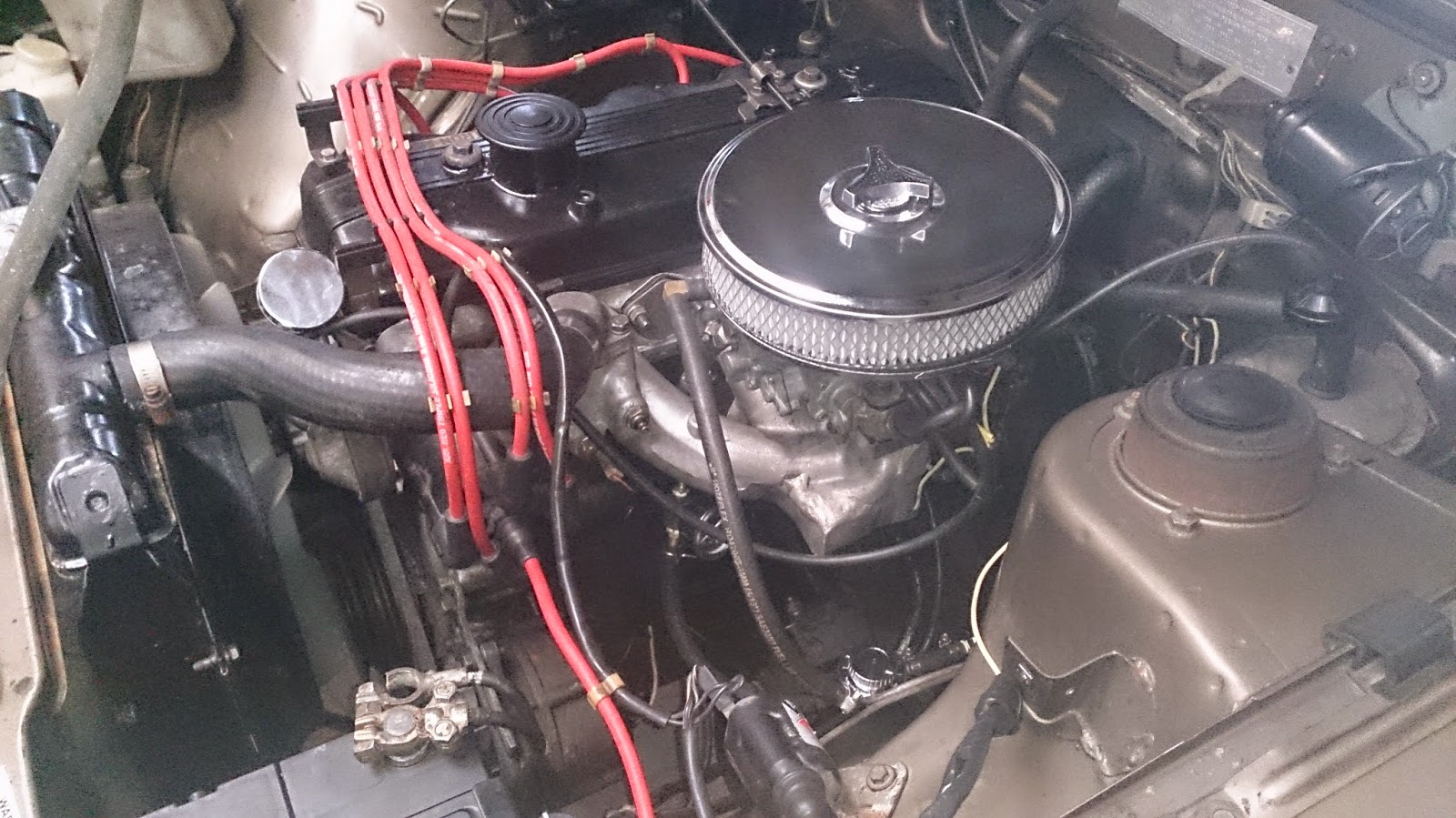 So by removing the air-con compressor, hoses, evaporator, etc, we managed to save around 15 to 20 kilos! Yes this old air-con systems are quite bulky. 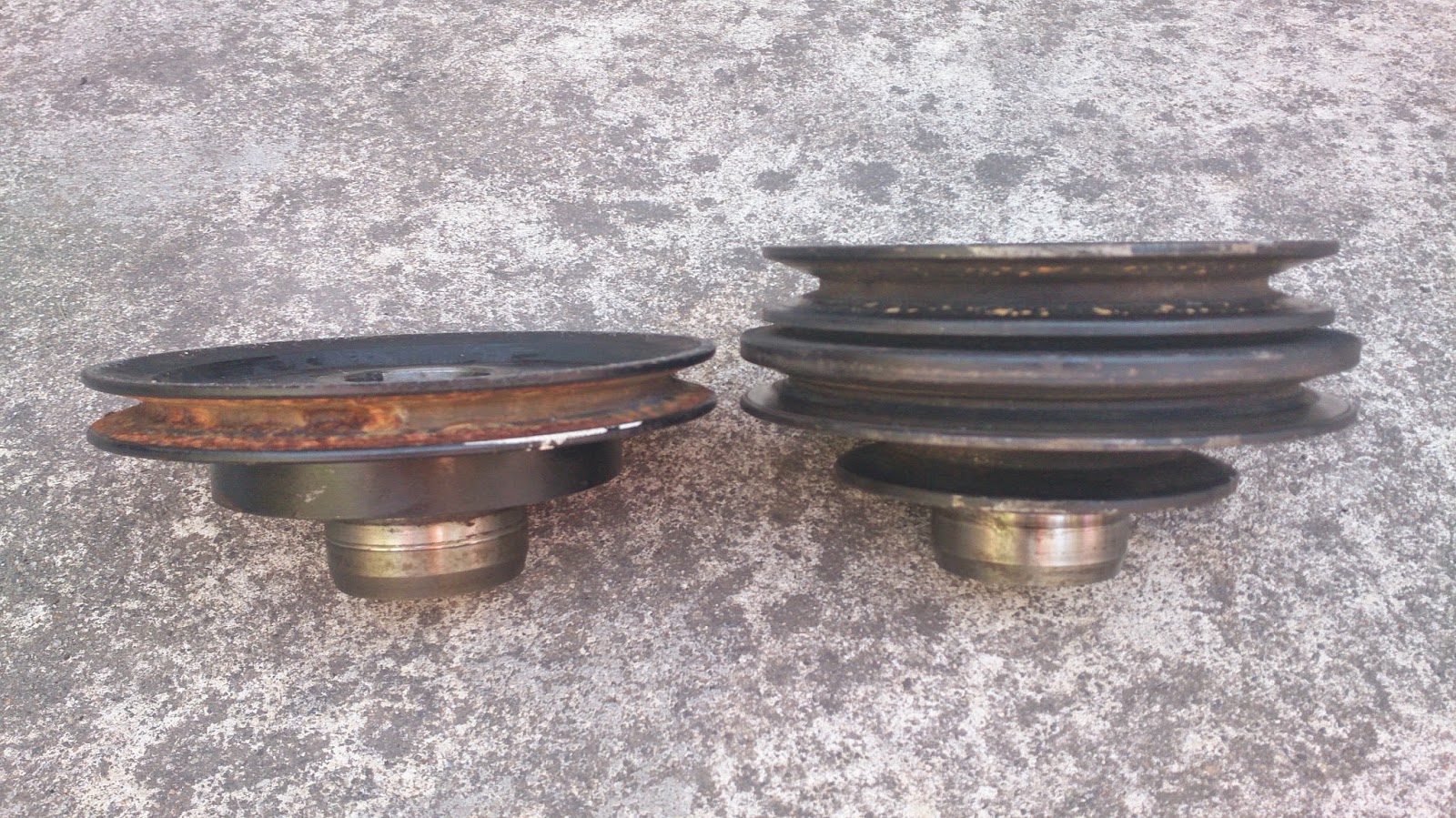 Another welcome weight saving came with the fitment of a smaller and much lighter crankshaft pulley. 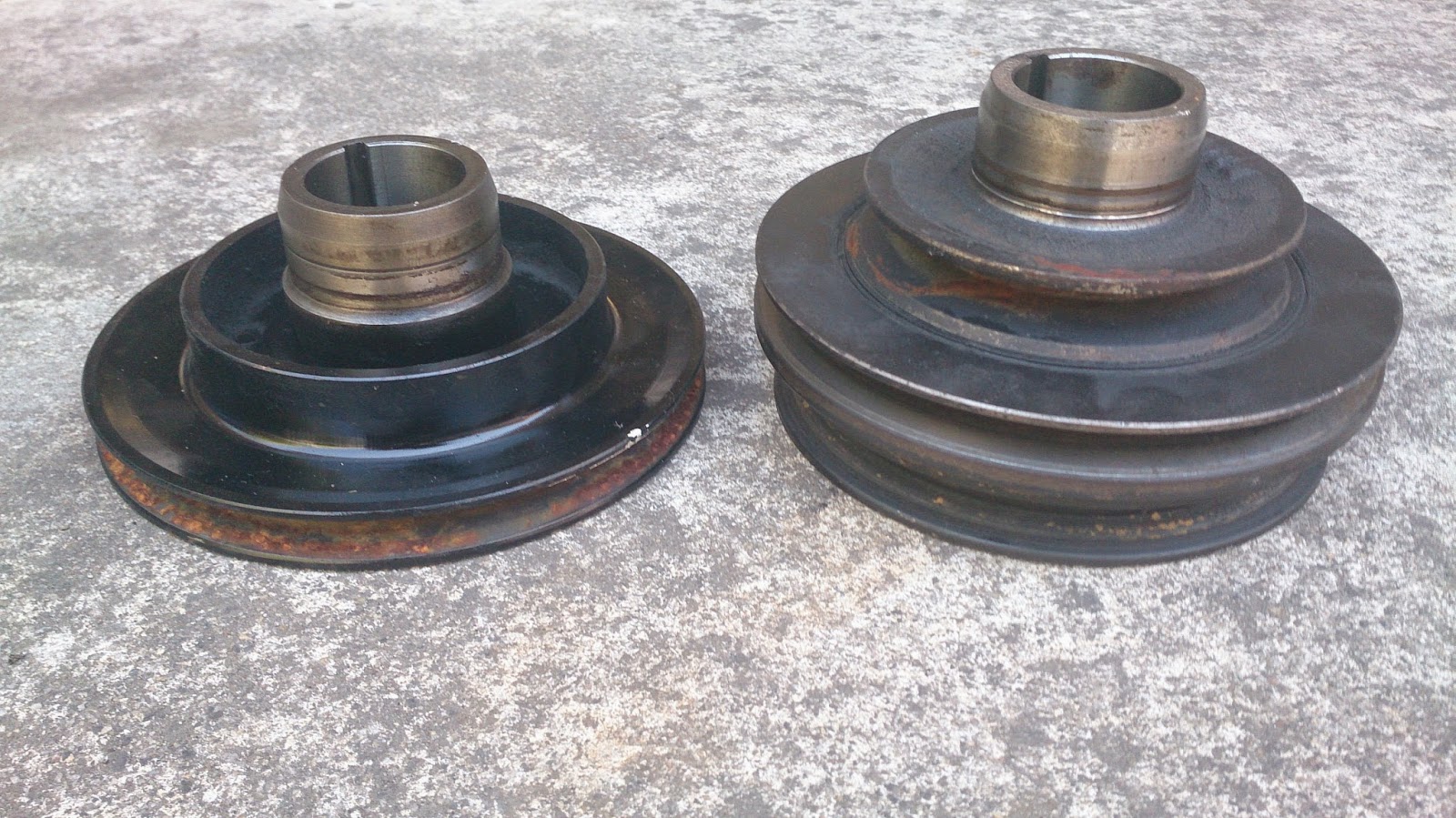 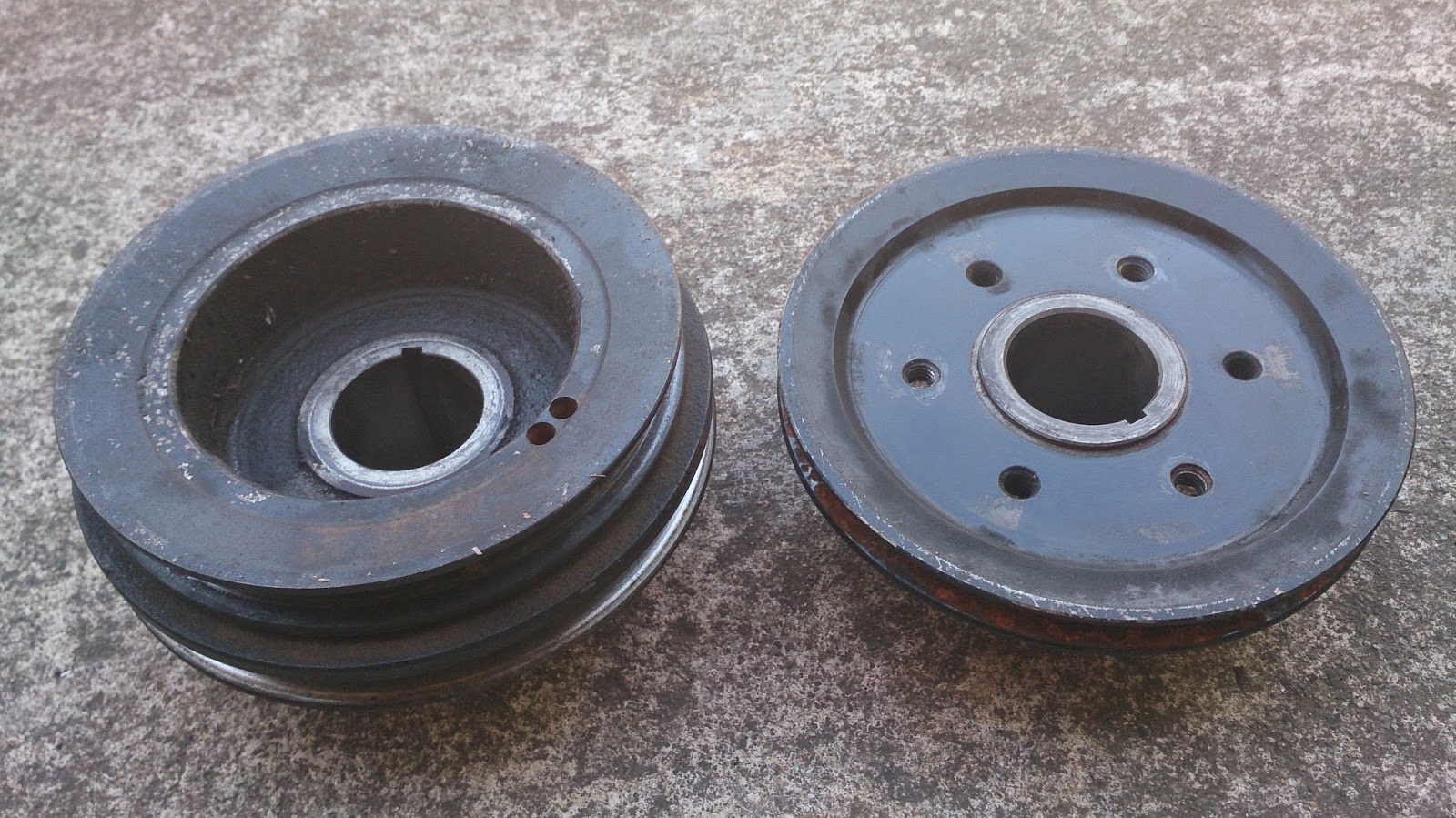 Compared to the original 3 groove pulley, the smaller pulley from the older Astron series 1 engine is about 1.5kgs lighter (3 groove = 2.5kgs, 1 groove = 1kg). This means not only the car has now 1.5kgs less to carry, but also means the engine's rotating mass is also lighter, helping in fuel economy, more usable power getting to the wheels and also helping the engine rev up and down quicker. Plus the engine bay now also looks tidier and less cluttered.