So now the engine is sorted with the new modified and high compression cylinder head, it's time to sort out a few little issues to make the car perfect. 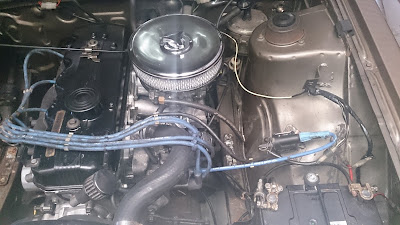 First, I had to fix a couple of small fuel line leaks and also relocate the electric Facet fuel pump to the rear of the car (right next to the fuel tank) to fix an issue with lack of fuel after about 10 minutes of driving the car hard. 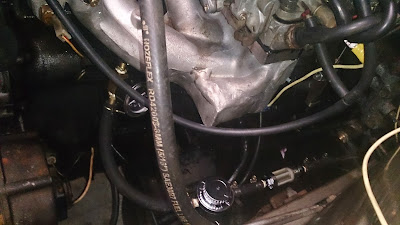 I also decided to (finally) update the Sigma's standard electronic ignition with a high energy spark ignition from a later model 1987 Sigma 2.6. This makes the engine easier to start when cold, it revs a little higher and easier. Plus it should give out a couple more horsepower while improving fuel economy quite a bit, since the original system was getting a bit old and had a few small electrical issues. The only obstacle was the air conditioning compressor that was in the way, so I removed it (it was out of gas anyway) and I also removed the condenser in front of the radiator. 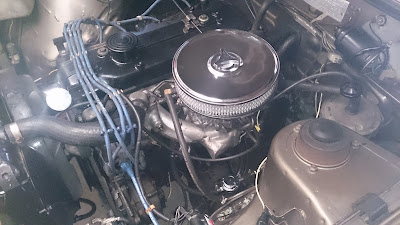 I was going to use the old spark plug wires from my blue Sigma but it turns out a few of them had nasty cuts on them. So I looked through my spares and found a really good set of triple shielded Repco 8mm spark plug wires that came in a box of spares I bought a while back from a guy who rally races a blue GE Sigma! 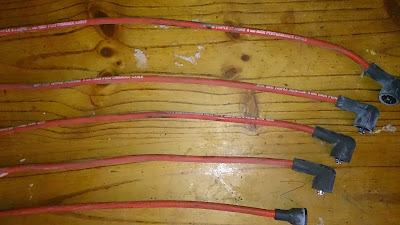 I cleaned up the old spare red wires using WD40 and they came up looking like new! 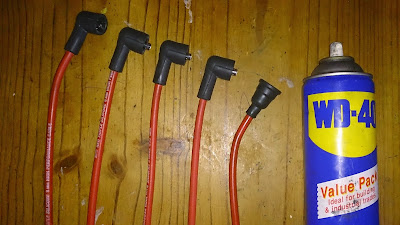