Ok so last time I worked on my Sigma I installed a new Weber 34ADM carburettor only to find that the cylinder head had a crack in it, causing the intake manifold to be flooded with coolant. So instead of giving up on the car for a while and not being able to enjoy driving the Sigma during summer, I looked at my spare parts for a way to make the car work again. 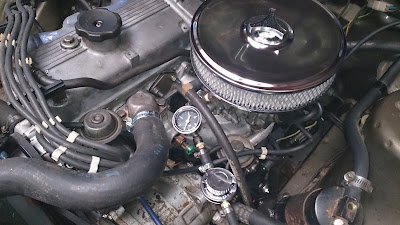 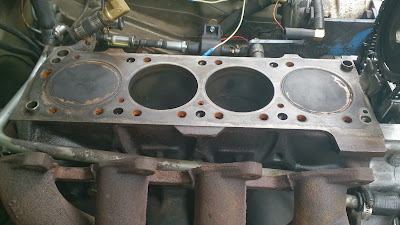 So I ported, polished and port-matched the intake manifold. 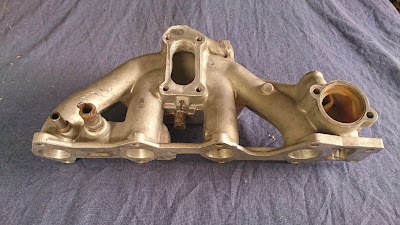 Then I fitted a new head gasket, intake and exhaust gaskets. 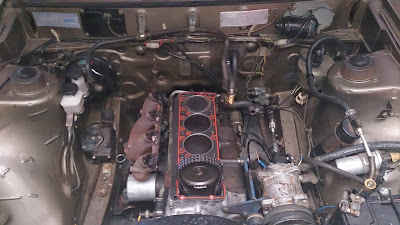 Now all that's left is to bolt the big Weber carby and start it up! Oh and while I was at it, I painted the original rocker cover in gloss black! And yes the engine is still a 2600cc but I left the 2000 sticker on so it looks more original. 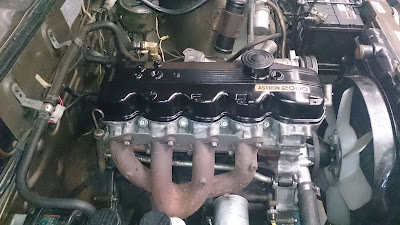 Email ThisBlogThis!Share to TwitterShare to FacebookShare to Pinterest
Labels: My Sigma