On Friday, 4th of October 2013 I attended a very cool (and very large) car event. It was a meet and cruise style meeting organised by the Melbourne Old School Cruisers group. My Sigma stood out as it was the only pre-1985 Mitsubishi there and I heard many good comments about the car. 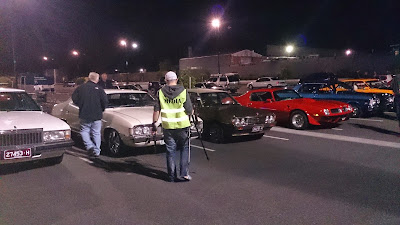 The closest relative to the Sigma that I could find on the night was a very neat 1975 Chrysler Centura, complete with a mild 265 straight 6 engine. There were also a few other nice Mopars, including Aussie Chargers, American Chargers and even a couple of very nice Hemi Challengers! 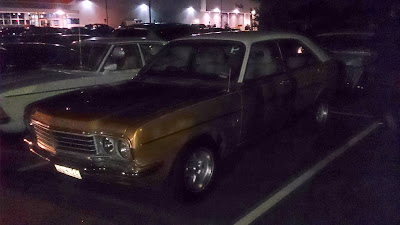 Email ThisBlogThis!Share to TwitterShare to FacebookShare to Pinterest
Labels: Cruises and Meets